If you want a place with a nice view, the top of la Grande Rochette in La Plagne or the top of Aiguille Rouge in les Arcs
Gravity is our only engine, Speed is our only friend.
A louer duplex aux arcs 1800 skis aux pieds.
https://www.abritel.fr/location-vacances/p1394834
Haut

Why not in a Snow Groomer? 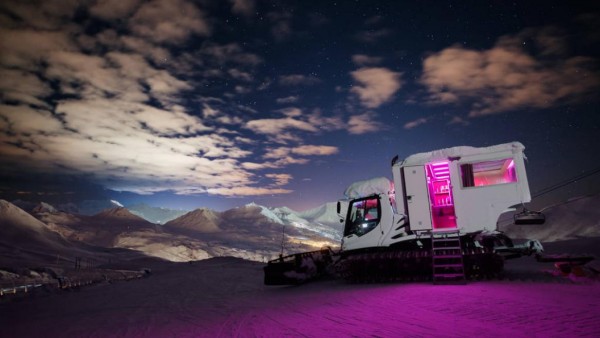 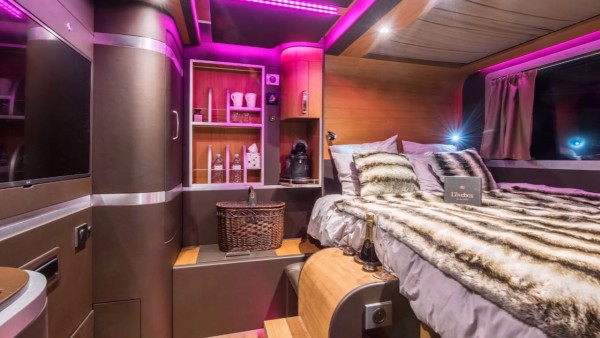 Yeap.... why not. Did you try ?
Well, if you are looking for an outside spot (which doesn't prevent to spend the night afterwards in such a snow groomer

),
one spot I find always beautiful is the view on the "Chapelle du Bozelet". You see it on the right when go down from "Les Verdons" on the "Bozelet" towards "Mont de la Guerre". (even if "Mont de la Guerre" is closed, which is too often, the first part is always open). There are several spots where you can stop, climb a little bit aside (not too much

) and overlook at this chapel and surroundings. 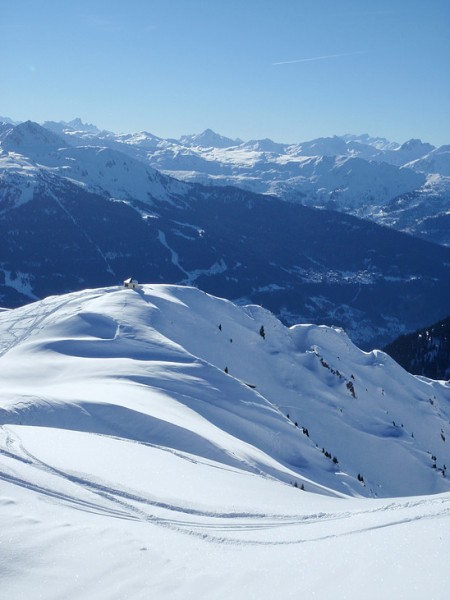 Hi !
on the way to the chapelle, next to the blue track there is a small hut, "Le Balcon du Bozelet". The 360° view is amazing from there. You can order a bottle of champagne or anything else and sit it on a deck chair. They also have an glass Igloo for special events . The owner, Rose-Marie, is very friendly and I'm sure she would be happy to help you to organise this perfect moment.
Best Regards,
Haut

I agree, in 2 différents "styles", the groomer night seems unique and if you choose a day light announcement then the Bozelet chalet (you can see it on the Bozelet view picture) with is 360 ° view could great too ...

Thank you for all the suggestions guys!

I think the Bozelet is the best idea, it looks amazing

I proposed to my wife on the front de neige at Plagne Centre, I was waiting for her when she came back from ski school. If you speak to the instructor and have some friends you can make it into a big surprise!

But if you want just to be the two of you then I would say the Dou du Praz with a nice view onto Mont Blanc could be quite special!
Haut

Well, as you guessed my proposal plans failed because of Covid-19

Our flight was cancelled 6 hrs before it was due to take off and 9 hrs before La Plagne was declared shut for the season. The pain and anger in my heart is unbearable, I couldn't believe a whole year of planning fell apart in a matter of hours

I had so many plans for the week, so many people involved in making it very special.

But on the plus side, we went home to Wales instead and went for a walk up Snowdon mountain. I proposed as planned on Monday 16th March. But no snow, no big parties, no La Plagne

I hope next year will be good and as my now fiance is aware of the plans, I intend to do everything that I planned but now for next year. Except the proposal

Here is where I proposed...